Hello! I’m Sarry from Japan. I live in a shared house, and one day recently my housemate suggested that we watch a movie together after dinner. There’s a big-screen TV in the lounge, and after dinner we sat down on the sofa and started looking for something to watch. He suggested an animated movie called Belle. I don’t watch much animation, and I wanted to pick something else. However, his enthusiasm won me over, and we watched it.

The Japanese title is Ryu to Sobakasu no Hime, which means “The Dragon and the Freckled Princess.” 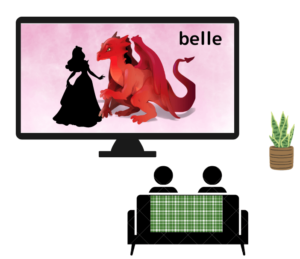 The genre is fantasy, and the story involves social media that’s like virtual reality, so it’s exactly like the current or a near-future world. The movie may give some people courage, especially those who don’t have confidence and are dealing with hardship. The main character is that kind of person. The movie shows how she grows through the various experiences that she has.

As I said, I don’t see much animation these days, so before seeing this I wasn’t sure what current and popular animated movies were like (except for ones like True North or Breadwinner, which deal with societal problems and are for adults).

While watching the movie I realized that Japanese animation is of high quality. The visual backgrounds are especially beautiful and look like real pictures. They’re really creative. There are lots of techniques that go into Japanese animation.

Well, let’s take a look at the storyline.

The main character is a low-key high school girl who lives in a rural area, and her name is Suzu. Her mother passed away in a water-related accident when she was a child. Suzu used to really like singing with her mother, but since her mother’s death she hasn’t been able to sing. Her love of musical composition is her only reason for living.

One day her friend Hiro invites her to join a virtual metaverse called U, which includes 5,000 million people or more from around the world. Suzu agrees, and she creates an avatar named Belle, who is beautiful in appearance. (An article that I read says that Belle was drawn by an illustrator for the Disney film Frozen, and she really does have the Disney style.) In U people can live completely different lives, and Suzu does too. Even though she can’t sing in reality, she can sing in U as Belle.

Moreover, the avatar of Suzu, unlike the illustrations of the heroine, was drawn by illustrator Jin Kim, known for his work on the Disney film Frozen (2014). Hosoda first met Kim in Los Angeles when his earlier film Mirai was nominated for an Academy Award in 2019.

You can positive under virtual world!

Do you understand how this makes her feel? Perhaps you do! In the virtual world you can remain anonymous so that you feel free to do anything. You can create a beautiful avatar, and then you don’t need to worry about your appearance. You can act eccentrically and also be more positive.

Suzu is a good example of the advantages of the virtual world, but sometimes there are disadvantages. Somebody may attack you online, and this can be very distressing and in the worst case make you depressed. Or you may get depressed as a result of comparing yourself to someone else in that world, and some people even kill themselves because of this. These kinds of cases frequently appear in the news.

Well, back to the movie.

There are two world, virtual and real..

Suzu writes a song and sings it as Belle in the virtual world U. At first she’s criticized, but eventually she starts getting attention from all over the world, and finally she holds a concert in the virtual world. An avatar named Dragon comes to the event, and he goes on a rampage and ruins the concert. Everybody starts trying to find out who dragon is, both in the virtual world and in the real world. Slander starts flying.

They begin pursuing Dragon in order to denounce the person behind him. Suzu also looks for him because she feels that he carries deep sorrow. She wants to save him somehow.

The story proceeds in two worlds, the virtual one and the real one.

Can Suzu reach the real person behind Dragon in order to save him? 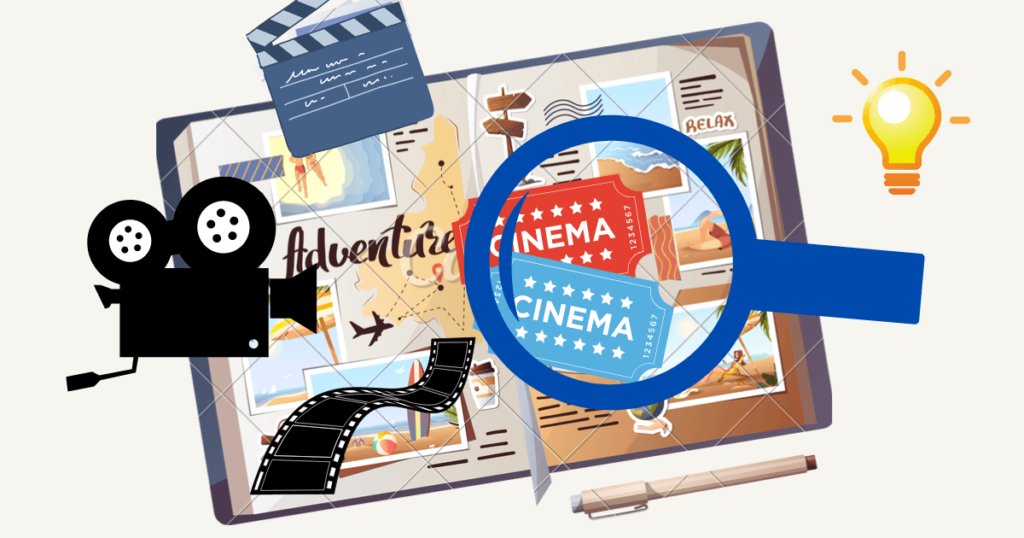 This movie treats lots of current social issues, and it’s very thought-provoking. At first I thought it was a movie for teenagers and didn’t want to see it, but I’m glad I did. I would never have seen it if my housemate hadn’t asked me to watch it with him.

Even if you’re not interested in the movie, you may love it if you watch it, so you should give it a try. You may find something valuable in it, and it may even give you something that helps you live your life. It’s a good thing to occasionally try something new.

I saw Belle on Amazon Prime Video. I enjoyed it to the last and thought it was very touching. 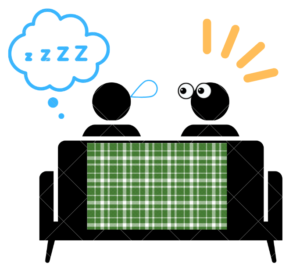